Those who are familiar with Flexbox will notice many similarities in the two systems. However, Texture’s Layout API does not re-implement all of CSS.

All ASDisplayNodes and ASLayoutSpecs conform to the <ASLayoutElement> protocol. This means that you can compose layout specs from both nodes and other layout specs. Cool!

Here you can see how ASTextNodes (highlighted in yellow), an ASVideoNode (top image) and an ASStackLayoutSpec (“stack layout spec”) can be combined to create a complex layout. 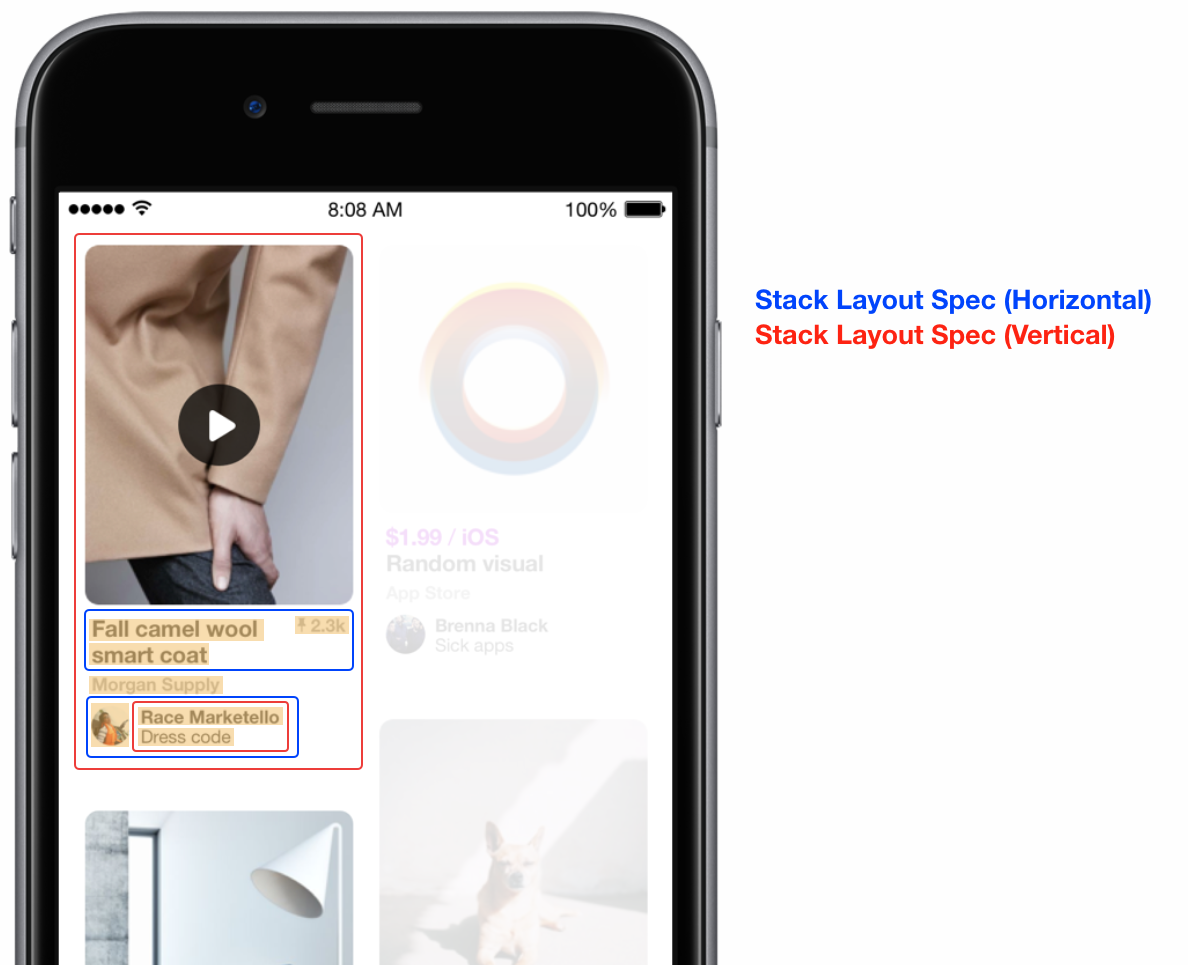 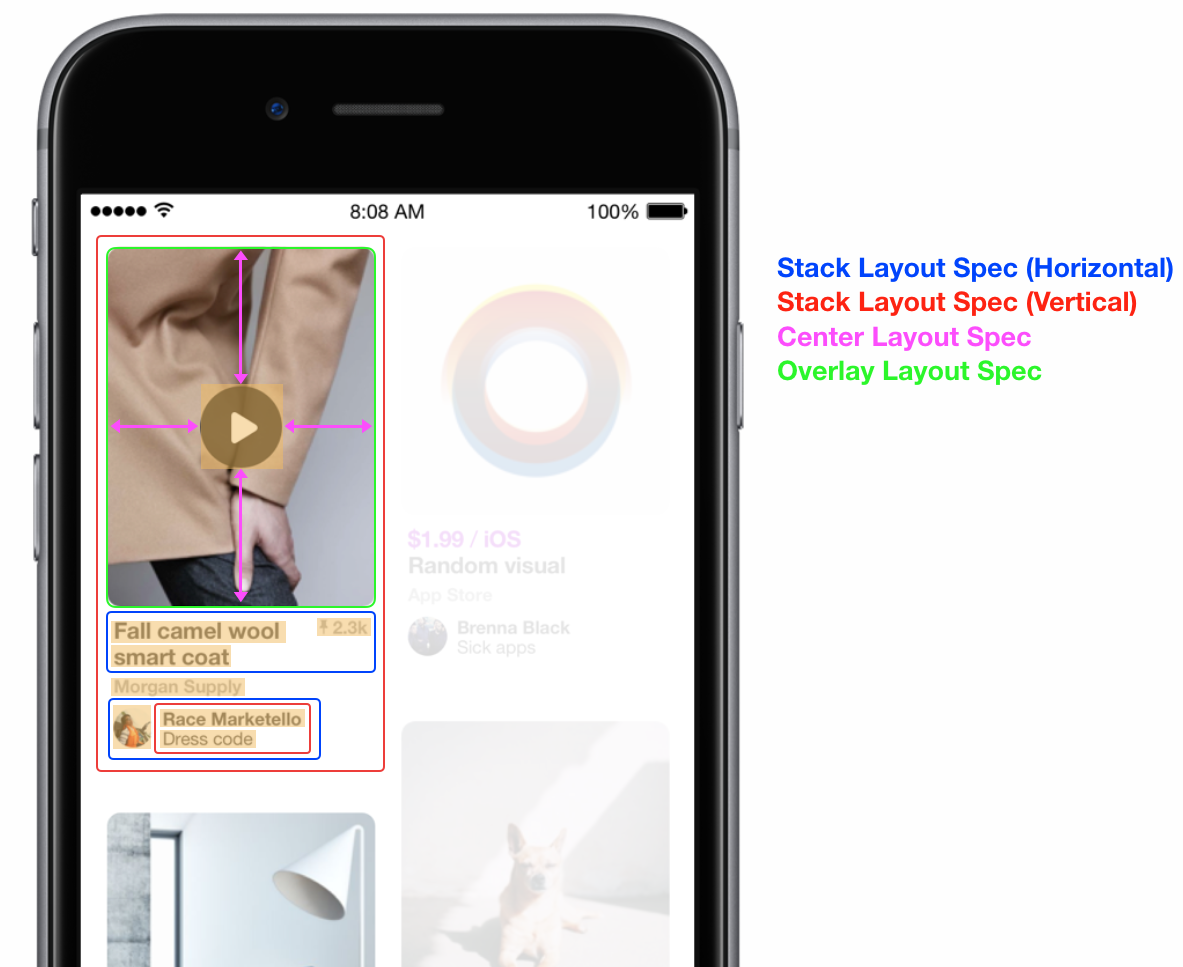 Some elements have an “intrinsic size” based on their immediately available content. For example, ASTextNode can calculate its size based on its attributed string. Nodes that have an intrinsic size include

These nodes that lack an initial intrinsic size must have an initial size set for them using an ASRatioLayoutSpec, an ASAbsoluteLayoutSpec or the size properties on the style object.

Calling -asciiArtString on any ASDisplayNode or ASLayoutSpec returns an ascii-art representation of the object and its children. Optionally, if you set the .debugName on any node or layout spec, that will also be included in the ascii art. An example is seen below.

You can also print out the style object on any ASLayoutElement (node or layout spec). This is especially useful when debugging the sizing properties.